Articles
You are here: Home / Articles / Expat Life / An #EUGreenCard can help Britons in Europe and EU27citizens in the UK post...

If Britain crashes out of the EU on 29 March then two years work on the withdrawal agreement will have come to nothing. EU27citizens in the UK and the5Million Britons in Europe could face an even more uncertain future than today.

Roger Casale is the founder and CEO of New Europeans, a pro-European civil rights organisation set up in Britain before the referendum and now active across Europe from its new HQ in Brussels.

Commenting on the prospect of a no deal Brexit, Roger said:


“We always knew no deal was a possibility. That’s why we have consistently called for unilateral guarantees by the UK government to secure the rights of EU27 citizens in the UK. The EU should do the same for Britons in Europe, but the decision has been taken to leave that to individual member states”

Although the UK government has agreed to unilateral guarantees, EU27 citizens may still face problems proving they have “settled status” or the right to stay in Britain. That is why New Europeans has introduced the idea of an #EUGreenCard.

New Europeans will give evidence to the influential Constitutional Affairs Committee in the European Parliament early this year. The organisation has already appeared before the Civil Liberties Committee.

For more information and to support the campaign, click here. 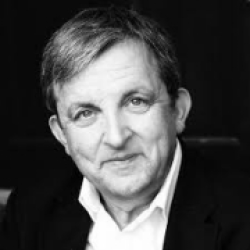 Roger Casale
Founder, The New Europeans at The New Europeans
Roger Casale is the founder and CEO of New Europeans, an award-winning pro-European civil rights organisation based in Brussels and London. In 2017 he won the Financial Times Future of Britain Award for his proposal for a Green Card for Europe to ring-fence the rights and status of EU27 citizens in the UK and Britons in the EU post-Brexit. He has also won awards in France and Germany for his work as a civil rights activist, including the Schwarzkopf Europe Award with New Europeans and the CiDAN award for European citizenship and human rights. On 1 November 2018, New Europeans co-hosted a 25th-anniversary commemoration of the coming into effect of the Maastricht Treaty in the Limburg Provincial Government Building where the original treaty was signed.Before starting New Europeans in 2013, Roger worked in the industry for the Italian multi-national companies Leonardo and Telespazio/VEGA. From 1997-2005 he was a Member of Parliament for the seat of Wimbledon. He was the first Labour MP to represent the seat since 1945. He served as a Parliamentary Private Secretary in the Foreign Office between 2002 and 2005 and was on the original steering group for the Apfeldoorn conference, a high-level bi-lateral conference bringing together British and Dutch participants from the politics, academics, business and the media. Roger lives in Italy and travels extensively in Europe for speaking engagements and to develop the New Europeans network. In 2009 he was made a Commander of the Italian Republic by President Giorgio Napolitano. expatsHaarlem Things to do in Haarlem this March. https://pixabay.com/en/users/thedigitalartist-202249/ Response to Dutch Government’s announcement regarding Britons in the Netherlands...
Scroll to top
Posting....