When it comes to bee populations, the Netherlands’ efforts have got the world buzzing. While bee numbers have been declining globally, sparking a huge crisis and conservation efforts worldwide, the recent Dutch Bee Census shows that here urban bee populations are steady, for now. This good news is largely due to a national pollinator strategy launched in 2018, supported by individual Dutch households, working together for the common good. From bee-friendly green roofed bus stops in Haarlem and Utrecht, to the “honey highway” running southwest of Amsterdam, the Netherlands have proved to be a champion for this small but mighty insect. Why are pollinators such a priority Pollinators such as honey bees are crucial to the global food chain, since they are said to pollinate 66% of the world’s crop species, and are responsible for a third of what people ultimately eat. Since the Netherlands is second only to the US in terms of exporting agricultural products to the rest of the world, it was vital that bees and other pollinating insects should be protected quickly and effectively. In addition to their crucial work in agriculture, different species of bee play valuable roles in ecosystems, helping to encourage biodiversity and support other animals, trees and plants.

The effort so far In order to stabilise and re-energise the Dutch bee population, the government initiative has included strategies such as banning the use of insecticides on public land and encouraging cattle farmers to try growing insect-friendly red clover on their fields. Cities including Haarlem have also been encouraged to build insect hotels and to leave patches of grass to go natural with weeds and wildflowers. The result so far has been a steadying of urban bee numbers, and even an estimated increase of 45% in wild bee and honey bee diversity in Amsterdam.

How can you help

If your family or household is looking to support these initiatives and encourage more bees to flourish in Haarlem and its surrounding areas, there are some simple ways to help: The protection and conservation of bee populations is a huge concern globally, but happily, the Netherlands are among the first to see a difference thanks to everyone’s efforts in implementing the national strategy. From reducing the use of pesticides to building insect hotels and wild areas, there has been a concerted national effort and it’s beginning to pay off.

To ensure that bees remain a stable and treasured part of the Dutch ecosystem, it’s a good time to consider what you can do at home to help. Even a small change can be part of a big difference. 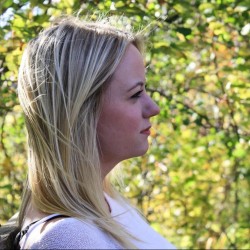 Jennifer Dee
Jennifer Dee is an experienced freelance writer and has benefitted from living around Europe and further afield. She loves to travel and has yet to find anywhere to settle down, preferring to experience as much of the world as possible.