Articles
You are here: Home / Articles / All Dutch / Dutch Life / What makes you an Expat?

Is it possible to feel more at home in your new country than your home country?

Read my story and the challenges I faced when I moved back to the Netherlands after a 10 year stint abroad.

According to Wikipedia: “An expatriate (sometimes shortened to expat) is a person temporarily or permanently residing in a country other than that of the person’s upbringing”. Wikipedia continues to state that: “In common usage, the term is often used in the context of professionals or skilled workers sent abroad by their companies, rather than for all immigrants or migrant workers”.

Born and raised in the Netherlands the first definition made me an expat when I lived in Darwin, Australia, from 1997 to 2007. According to the second definition I wasn’t. I had migrated with the intention to stay for the rest of my life. Life decided differently however, but that is a different story.

Why am I pondering the question: “What makes you an expat?” because expats deal with stuff. Like language barriers, cultural differences, customs not accustomed to… and so did I, but not during the ten years in Australia.

During my ten years down under I never felt like an expat. Was this because the second definition is more widely known? No, it was because I somehow felt right at home straight from the start in 1997. Had I believed in reincarnation then for sure I would have been Australian in a previous life.

Fast forward to 2007: moving to the Netherlands. Yes moving TO the Netherlands and not (as many people said) moving back. That is how Australian I had become in those ten years ‘down under’. And dearie me was I in for a rude (pun intended) culture shock. Have you ever tried getting off a train during peak hour traffic? The doors open, you are about to step onto the platform and then you realise it is impossible. The sea of people waiting to get ON the train after you get OFF does not miraculously part. It seems more like a brick wall than a sea of people.

I vividly remember two experiences in the first fortnight my daughter (4 at the time) and I lived in the Netherlands. One day we went to the HEMA and a lady was carrying a corkboard. One of those items that have little weight but are awkward to carry. So lo and behold she did bump my daughters head. It wasn’t hard, it wasn’t painful, but it was definitely more than a slight brush. My daughter looked at me with a mixture of amazement and indignation and said very loud and clear (with the angelic voice of a four year old girl): “Mummy, that lady never said excuse me!” which earned both her and myself a very foul look from the said lady.

The other experience was a bit more joyful, though confrontational coming fresh from Australia. My daughter started school and I was allowed to stay in the classroom for the first hour or so. At some point they were going to do some drawing. The teacher put a piece of paper and a pencil in front of each child. As she did so in front of my daughter she (daughter not teacher) piped up: “Thank you” which would have made the teacher fall off her chair in surprise, had she not been standing up.

Fast forward once more: 2014 and my daughter has become very Dutch. Her English is no longer fluent in speech (but still pretty darn good in comprehension) and has a Dutch accent. When I sneeze she no longer automatically says: “bless you” or “gezondheid”. When I berated her about this once she exclaimed half exasperated: “We now live in the Netherlands, people do not have manners here”, she stopped herself short of telling me to “Get used to it”. As for me? Well, my (Australian) neighbour two doors down summed it up pretty nicely when she stated: “You are more bloody Australian than I am”. So I ask you once again: “What makes you an expat?”. Please share your thoughts in the comments below. 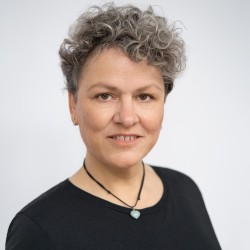 Interview of the month - November - with Jo Self How to settle in smoothly abroad. Spring photo contest: we have a winner!
Scroll to top
Posting....