‘’Creative’’, is never a word I used to describe myself. Even though, I write literary pieces for as long as I can remember. Yet it never occurred to me to ascribe ‘’creativity’’ to my identity, I even had a strange aversion to it. I believed there to be no order and just chaos in creativity, and as someone who thrives in structure I decided that being ‘’creative’’ was just not for me. It was then very ironic that I ended up taking a ‘’mastering creativity’’ course for the past eight weeks. Here’s how the course enlightened me on the art of creativity, and how I have decided that creativity is an inseparable part of my identity.

In my mind there used to be a strong divide between being creative and being professional. The course really opened my eyes to creativity in professional fields. We were taught by lawyers, biologists and several female political activists, who all in some way or the other practiced creativity in their respective fields. They also openly embraced their creativity and had found a stable equilibrium within their life. It taught me that to be a professional in a certain field, you do not need to distance yourself from creative expression. It is quite the contrary.

The course forced me to leave my comfortable social and epistemic bubble. My peers from the course were probably the people that taught me most about my own creative expression. I was inspired by the way my peers could so eloquently express their creativity. Creativity through the form of verbal expression, fashion, make-up, IT, art, medical science and performance. I found myself mimicking some of their creative habits and in different ways even making them my own.

Lesson 3: Creativity as an Identity

The final conclusion I have reached from this course is: that creativity is an inseparable part of my identity. It was halfway through the course that I had the epiphany. Creativity is inseparable from human nature, we all have an intrinsic desire for creative self-expression. A desire that should not be repressed, but carefully nurtured. For these reasons, I no longer feel embarrassed about my writing, my TikToks or anyway I decide to express myself creatively.

This blog has been previously published on Aissatou Diallo. 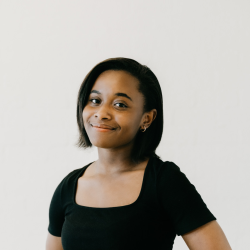 Aissatou Diallo
I am a student in PPE (philosophy, politics & economics) who writes about various topics ranging from the disciplines which I study to opinion pieces. In my free time I like to read literary fiction and go city-hopping. 🙂 Interview of the month June 2017 How to land a job in Haarlem as a newcomer Work-life balance and how to achieve it.