Articles
You are here: Home / Articles / All Dutch / Dutch Life / Reflecting on my first year in the Netherlands

The first year as an expat in the Netherlands brings a roller coaster of emotions. Throw in a global pandemic and family issues and you have quite a year to reflect on. My family’s arrival at Schiphol to start our Dutch adventure

One year ago, my family landed in Amsterdam from America to start a new life. Before we moved, I heard many different comments from friends and family. Some, questioned where was the Netherlands or wondered why it is also called Holland? Most shared their emotions ranging from excitement for the new adventure we were about to embark on, to sadness that we would no longer be nearby. For me, I was nervous. I was anxious of the unknown. How will the kids adapt to life in the Netherlands? Will I find a new job? Would my husband’s company do well? Would we like the country?

A year later, all that seems like another lifetime ago. I am encountering that strange phenomenon when something goes so fast, yet simultaneously feels like forever ago.

I can still remember the sensory overload of trying to navigate the town and the rush of nervousness and excitement when meeting people for the first time. However, those emotions feel very distant. I no longer feel like the same person.

The things that I was most worried about now seem trivial. We all learned to ride a bike fast, we made friends quickly and the children adapted easily to school.

It was the things that I never would have expected that really threw me for a loop. The passing of my father, a serious illness of my father-in-law and, like us all, a global pandemic. There is no better way to brush up on your (very poor) Dutch skills than to be forced to home school your children in Dutch.

Those situations would have impacted me no matter where I was but the interesting thing is that living abroad did shape my opinions. The guilt of living abroad when you have sick parents continues to haunt me but it also reinforced my perspective that you never know what will happen so make the most of it now.

While during the lockdown, at times, I found myself craving the comfort of my old home and security of my old life, I also was very intrigued and content by how the pandemic was managed in the Netherlands. Being an outsider, it was interesting to see how the country coordinated efforts not by fear but by reason and a common notion that we were all in this together. The rules impacted our lives – but I felt lucky to be in a country in which I could still go out and enjoy our national parks and beaches. Some of the stereotypes of the Netherlands I found to be true. Yes, the Dutch do use their bicycles as the main form of transportation. They are direct. They all speak perfect English. They do eat a lot of cheese. They are very tall. However, other stereotypes do not represent the culture. It is not a country of hippies in which everyone uses drugs. Rather, the legalisation of soft drugs and prostitution stems from a very practical mindset to regulate an industry that exists; reducing crime and improving working conditions.

One year in, I feel that I know more of the subtleties of Dutch culture. While I have found everyone extremely friendly, it is not easy to build deep friendships. Children are raised with an enviable blend of independence and nurture I am still trying to learn. Bikes are more than just a mode of transportation. They are a way of life that help us be healthier, slow down, enjoy nature and show our innovation when transporting both children and groceries.

When new expats arrive, I can sympathise with their struggles and understand the complex emotions that bubble to the surface in your first weeks or months in the country. I now feel like the wiser friend. While we are still uncovering new gems every week, we have our favourite spots that I can now navigate without Google maps.

It has been a journey with the highest highs and the lowest lows this year. I really didn’t know what to expect when we moved here and now I find it hard to imagine my old life. It’s a similar feeling to when you have children. It’s hard to understand how life will change and then when they are born, you cannot imagine life without them.

I feel the same about the Netherlands. It’s hard to imagine living anywhere else. I still don’t know what will happen in 3, 5, 10 years – but, for now, the Netherlands feels like home.

I can still remember the sensory overload – however, those emotions feel very distant 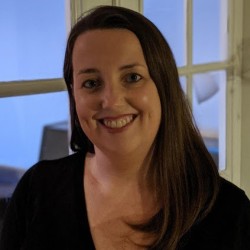 Jennifer Cakir
American by birth, Irish by ancestry and Turkish by spirit, Jennifer has lived in the United States, Turkey, Croatia, Spain and Ireland.She now calls the Netherlands home with her husband and two young children.An experienced marketer, she enjoys telling stories, making to-do lists and helping her children navigate the world. In search of home. Interview of the month November 2016
2 replies

An evening on the water in Alkmaar with Greenjoy