Recently a bumper crop of well-received books written by or for expats have been published – from the serious to the scandalous, the droll to the dramatic.

In no particular order, here is Expat Bookshop’s top 10 titles, including a couple of golden oldies which remain ever-popular.

#1 A Scorpion in the Lemon Tree: Mad adventures on a Greek peninsula by Marjory McGinn (CreateSpace)

Following on from the first two acclaimed books (Things Can Only Get Feta and Homer’s Where The Heart Is), Marjory, Jim and their crazy dog Wallace are on a second odyssey in the southern Peloponnese, but this time they end up in a peninsula they didn’t choose, and in a house they never thought they’d live in. How did this happen? Easy, this is Greece and nothing ever goes to plan.

#2 Do You Still Have Cleavage with Just One Breast?
by Sue Lawrence, PhD (Springtime Books)

On honeymoon and two months pregnant, Sue, a Canadian living in the Netherlands, discovers a lump in her breast. This is her raw, unpolished diary as she navigates the diagnosis and treatment of cancer. Brutally honest, she faces the overwhelming terror of the road ahead – for herself and her unborn daughter. This remarkable and compelling memoir will empower others to feel whatever they need to feel as they battle this disease.

The author of The Paris Wife takes us to the heart of another true story: set in 1920s colonial Kenya, Circling the Sun is about an unforgettable woman who lives by nobody’s rules but her own. She was a daughter of Edwardian England, transplanted to Kenya as a young girl by parents who dreamed of life on an African farm. But by the time Beryl Markham was sixteen, that dream had fallen apart. Catapulted into a disastrous marriage, she emerged from its wreckage with one idea: to take charge of her own destiny.

#4 Misunderstood: The impact of growing up overseas in the 21st century
by Tanya Crossman (Summertime Publishing)

Over 200 million people currently live abroad; more than 50 million are temporary residents, intending to return to their country of origin. Misunderstoodexplores the impact international life can have on the children of such families – while they live overseas, when they return, and as they mature into adults.

#5 A Chorus of Cockerels: Walking on the wild side in Mallorca
by Anna Nicholas (Summersdale)

Life in rural Mallorca continues to hold its magic for Anna and her family. When not juggling work deadlines, chatting with Johnny the toad or managing her ever-growing menagerie, Anna sets off to explore the lesser-known areas of the island.

Moving abroad for good with a family, and without a pension as backup, is a whole new ball game. Especially when your plan is to run a gîte and a carp fishing business and you’re moving to two derelict hovels with three empty lakes.

British psychotherapist, Laura J Stephens, already had the living abroad tee shirt, and believed that another intercontinental move, this time to a country where they spoke the same language, would be child’s play. How wrong she was!

Becoming an expat is both exciting and terrifying. Will I fit in? Will I make friends and understand the culture? Will I like it there, and most importantly, if I don’t, what can I do?

Jack and Liam, fed up with kiss-my-arse bosses and nose-to-nipple commutes, quit their jobs and move to a small town in Turkey. Join the culture-curious couple on their bumpy rite of passage – a bitter-sweet tragi-comedy recalling the first year of a British gay couple living in a Muslim land.

#10 Arrivals, Departures and the Adventures in Between
by Christopher O’Shaughnessy (Summertime Publishing)

Everyone’s got a story to tell. If your story involves growing up among different cultures – either moving between them or having them move around you – then read this book. Growing up and transitioning cross-culturally can present unexpected challenges and bestow surprising skills. This is a book of adventures that helped the author identify some of those challenges and realise some of those skills. 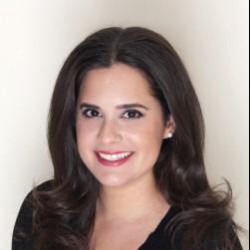 Vivian Chiona
Founder and director at Expat Nest
Vivian Chiona, founder and director of Expat Nest, is a psychologist specialised in both Child & Adolescent Psychology and Health Psychology. As a bi-cultural, multilingual expat with family all over the world, she is familiar with the blessings and challenges of a mobile life and offers quality professional assistance to clients with expat-specific challenges. Vivian has been recognised in the ‘100 Most Inspirational Women in the World for 2020’ as announced by the Women Appreciating Women organisation. Wildcats are making a come back.

Mass in English is available
Scroll to top
Posting....